By clicking “Accept All Cookies”, you agree to the storing of cookies on your device to enhance site navigation, analyze site usage, and assist in our marketing efforts. View our Privacy Policy for more information.
PreferencesDenyAccept

The Den is a striking, ‘pop-up’ theatre space commissioned by the Royal Exchange Manchester for their programme of creative engagement with local communities. The brief called for an environmentally sustainable solution to touring a professional theatre across Greater Manchester. The resulting design – an innovative, modular and kinetic building – is reliant on strong and lightweight glue-laminated Larch components for its structural elements.

Xylotek worked with Haworth Tompkins and Expedition to design and build a modular structure which can be assembled in three different sizes. This adaptability enables its use in a wide variety of venues as it tours Greater Manchester over the next ten years.

At its largest, it measures 15m in diameter, 5m in height and seats 180 people. It requires no foundations or lifting equipment, using instead an innovative system of winches and bespoke bracketry to raise the large circular roof into place.

Larch is lightweight enough that the community can help transport and assemble the building components, and, collectively, turn the fifteen winches to ‘raise the roof’. The timber has the elasticity to allow for use on uneven ground and the strength to support heavy lighting rigs and resist tension from the hardyhemp rope bracing.

The Den had its inaugural outing in Stalybridge in 2019. The strong character of the structure played the role of drawing people into the space and provided a dramatic, enclosed setting for the performances whilst focussing the eye on the central stage. The aesthetic quality of timber against canvas, with the taught ropes casting wonderful shadows in the theatre lights, added to the dynamic atmosphere of the performances. 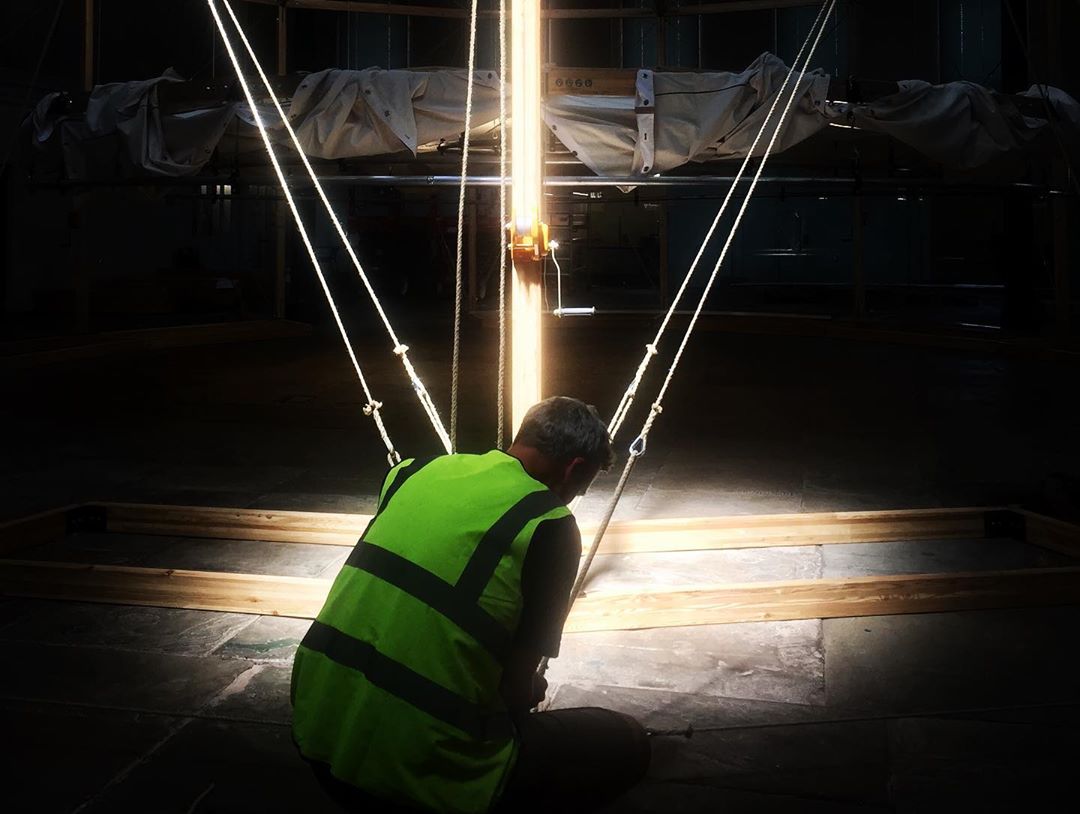 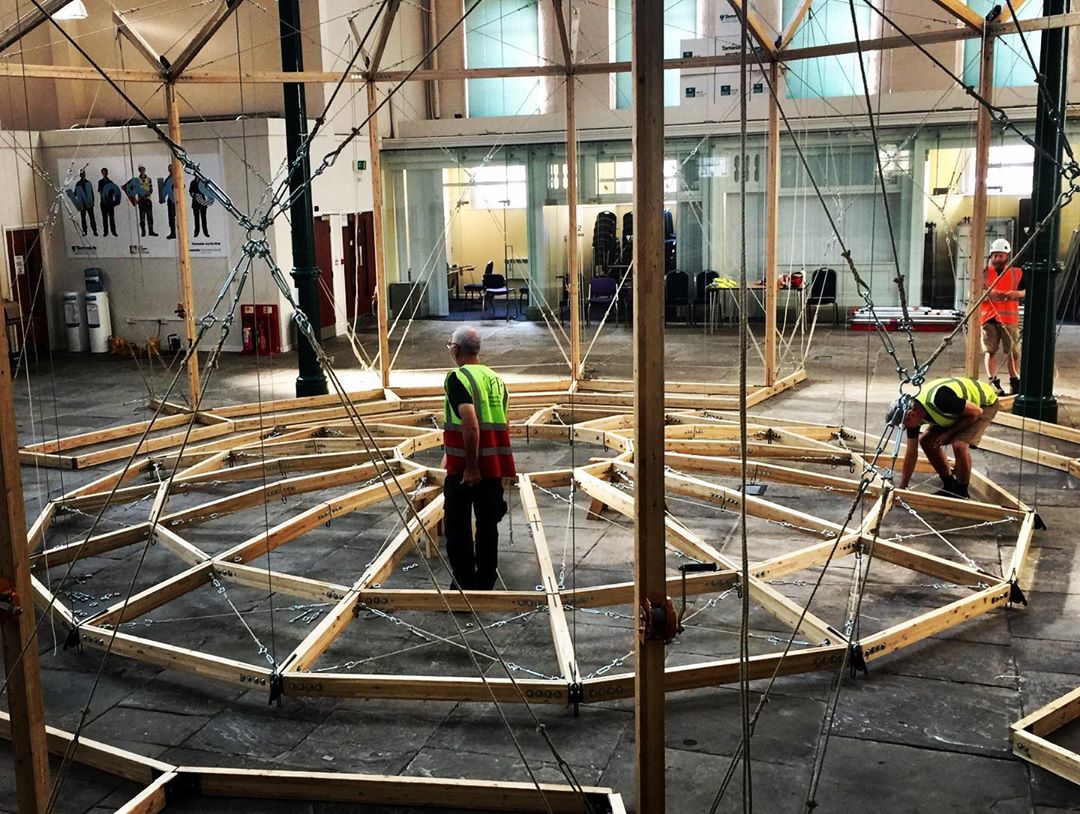 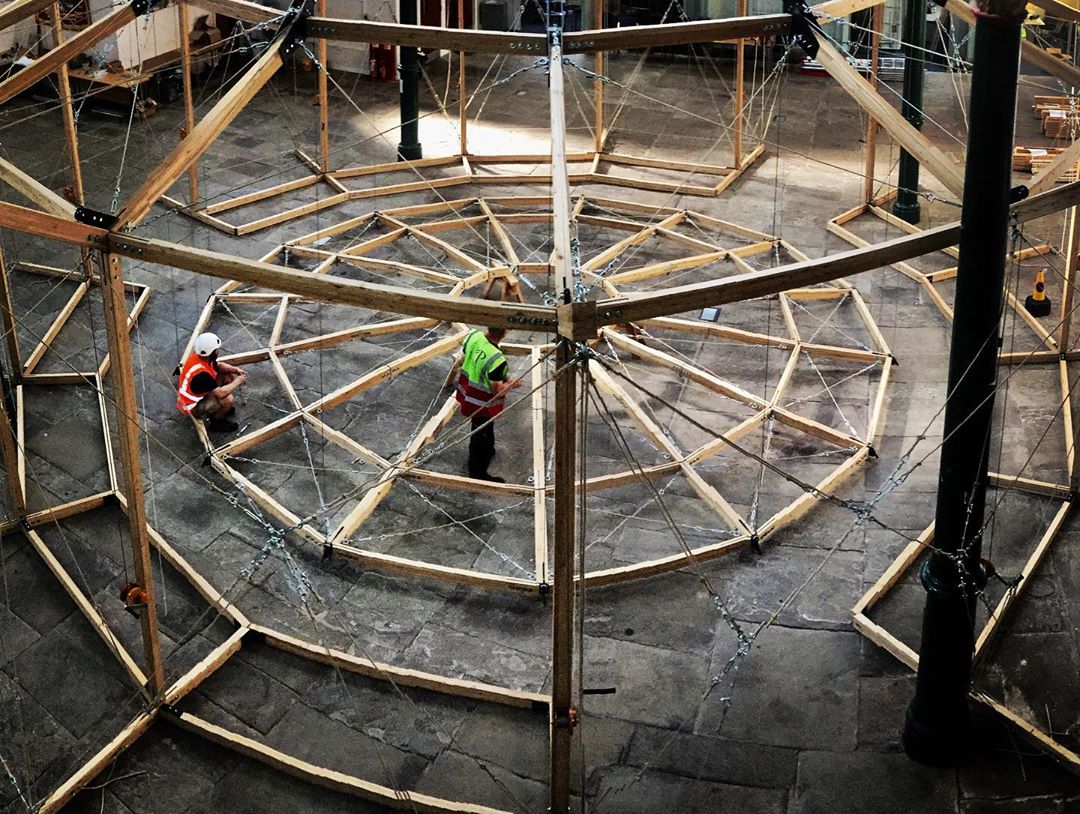 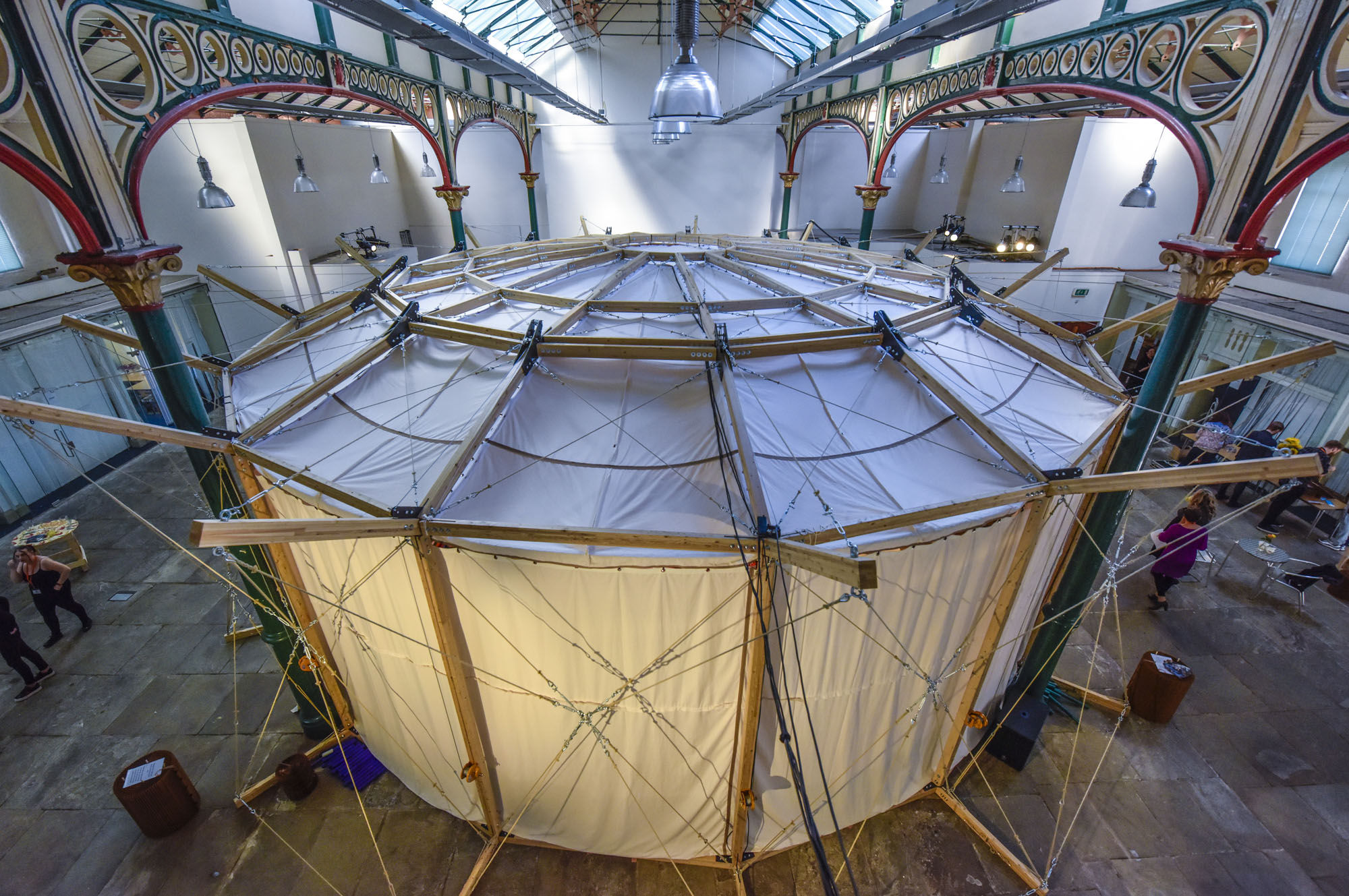 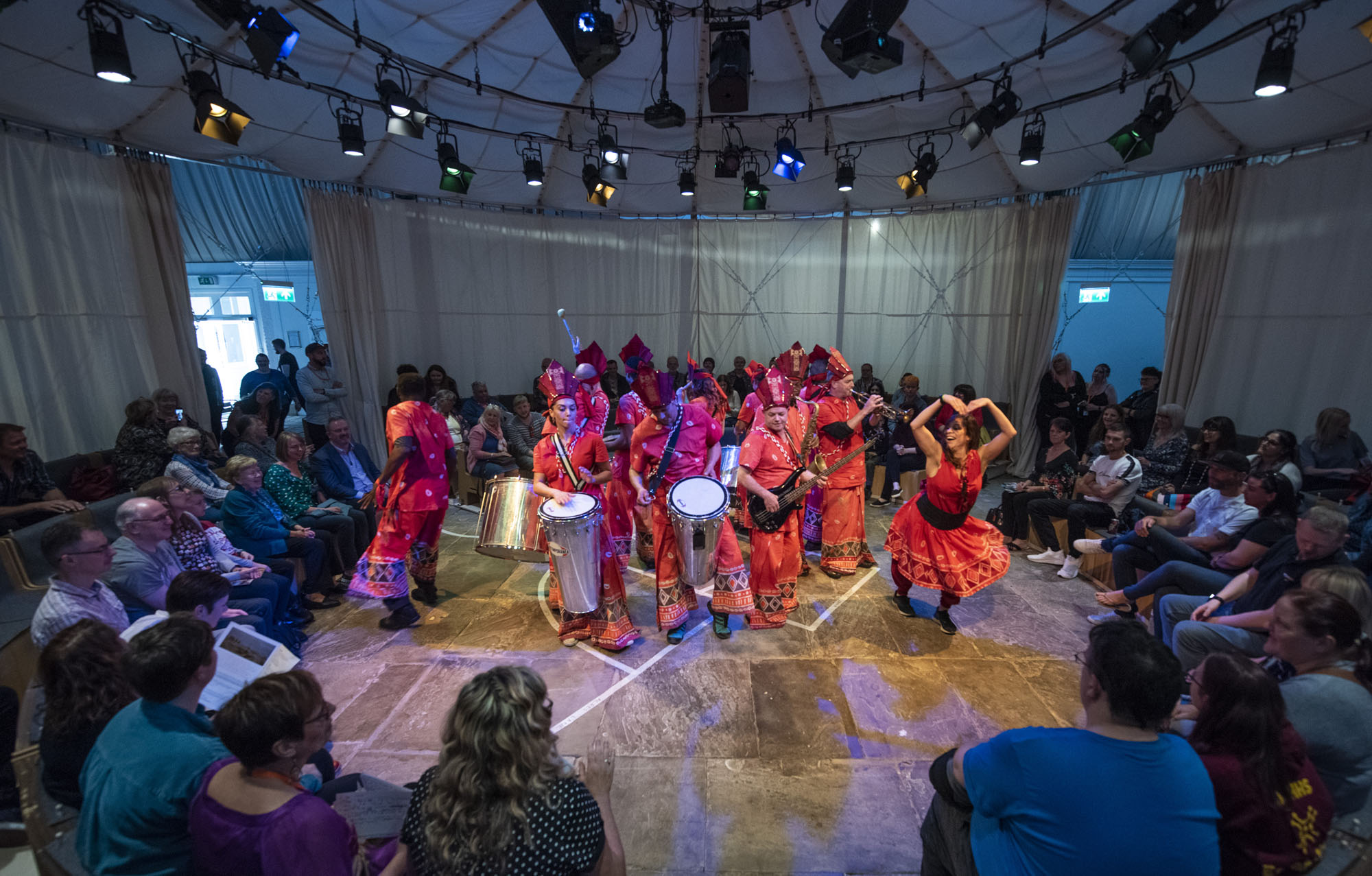