By clicking “Accept All Cookies”, you agree to the storing of cookies on your device to enhance site navigation, analyze site usage, and assist in our marketing efforts. View our Privacy Policy for more information.
PreferencesDenyAccept

Forming the entrance hall to the renovation of an English manor house for a private client, Xylotek designed, fabricated and delivered this glazed gridshell that is formed of glue-laminated oak elements.

The gridshell uses an innovative approach in which its shape was form-found to both perform optimally in structural terms, and to have a pattern which would ‘node-out’ at the roof perimeter, rather than being arbitrarily trimmed at its edges.

Each lath is of unique double curved geometry. Their shapes were carefully mapped so that they could be formed – through twisting and single axis bending – from long finger-jointed oak lamellas. Lamination was carried out on bespoke profiling jigs in our Bristol workshop.  A full pre-assembly in the workshop was used to ensure perfect dimensional fit to the surrounding steel frame. At this point, a 3d survey of the node points was carried out, which formed the geometric basis of the glazing panelisation.

The envelope is of triangular high-performance double-glazing, in which each panel is supported at its corners by stainless steel node clamps that are carriedby extensions of the bolts that hold the wood elements together at each crossing point. The glazing was detailed and installed by IPIG as a subcontractor to Xylotek. 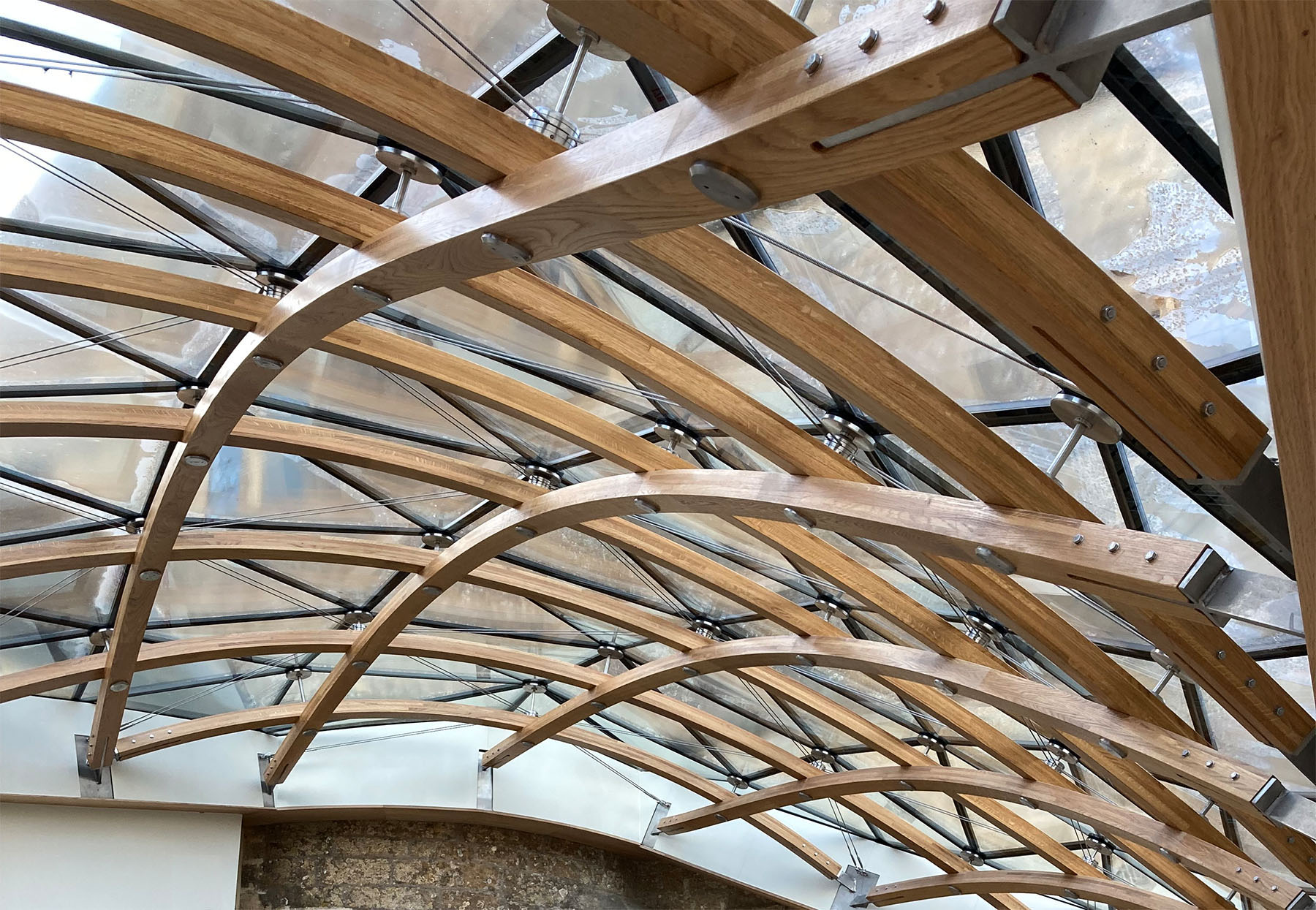 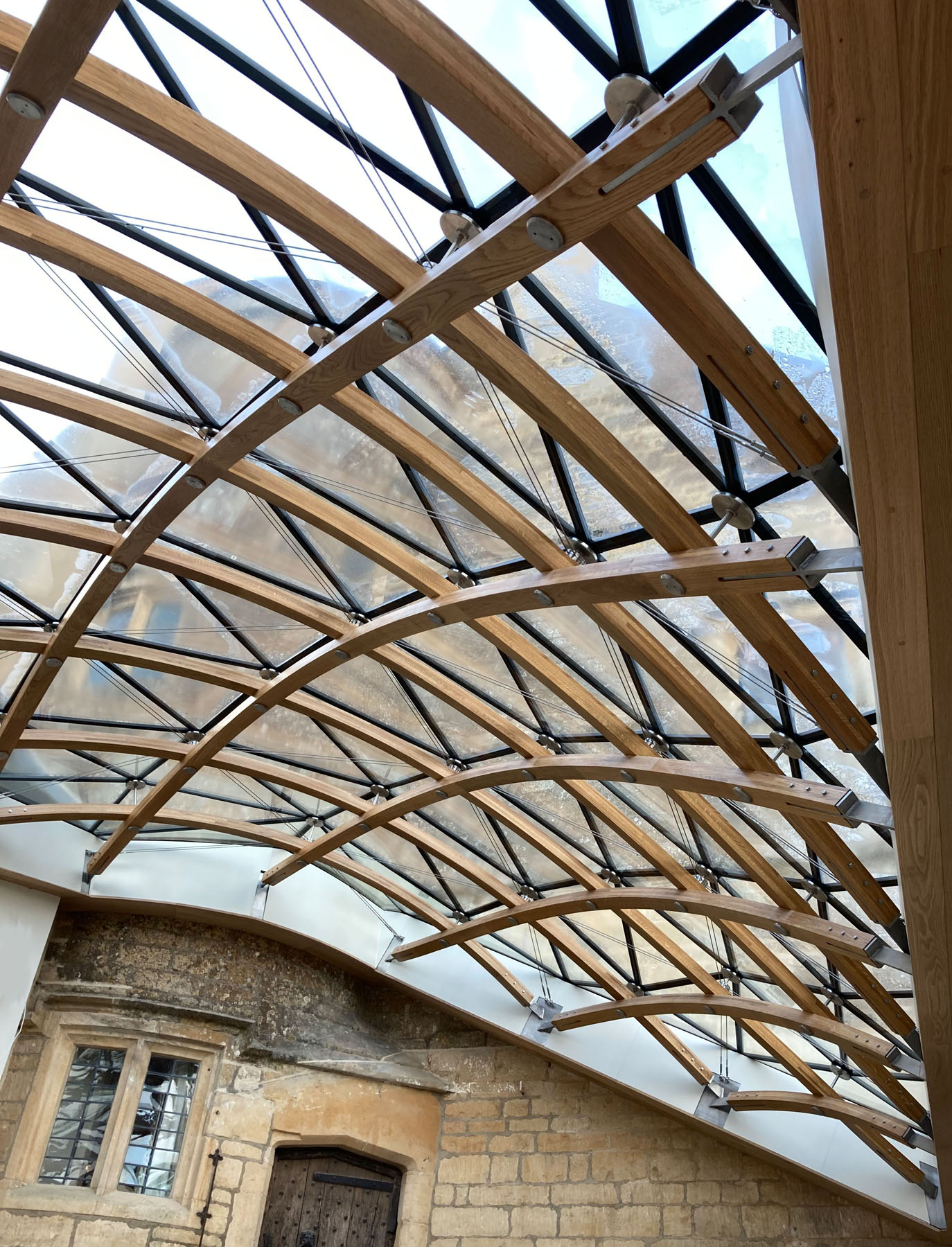 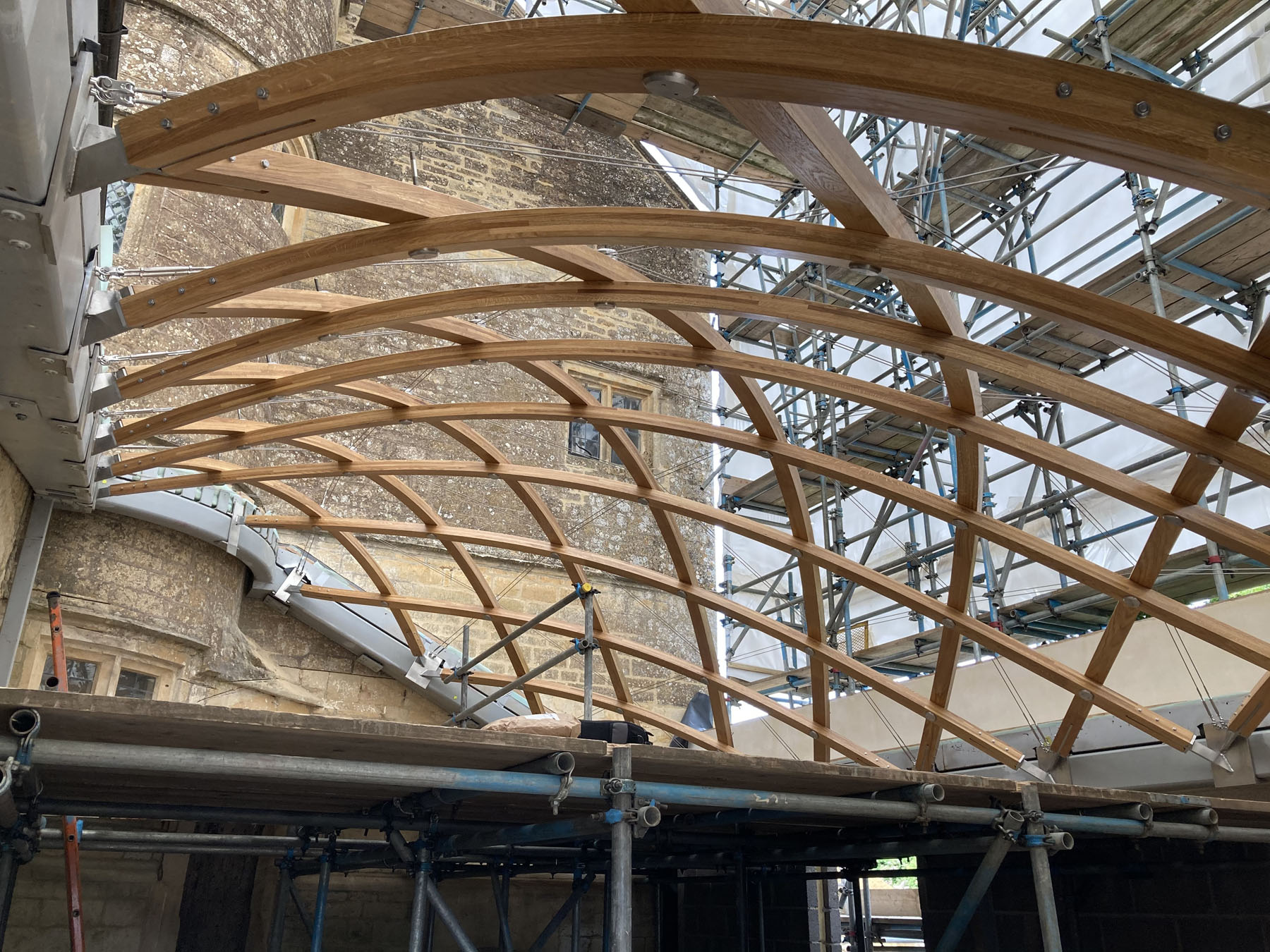 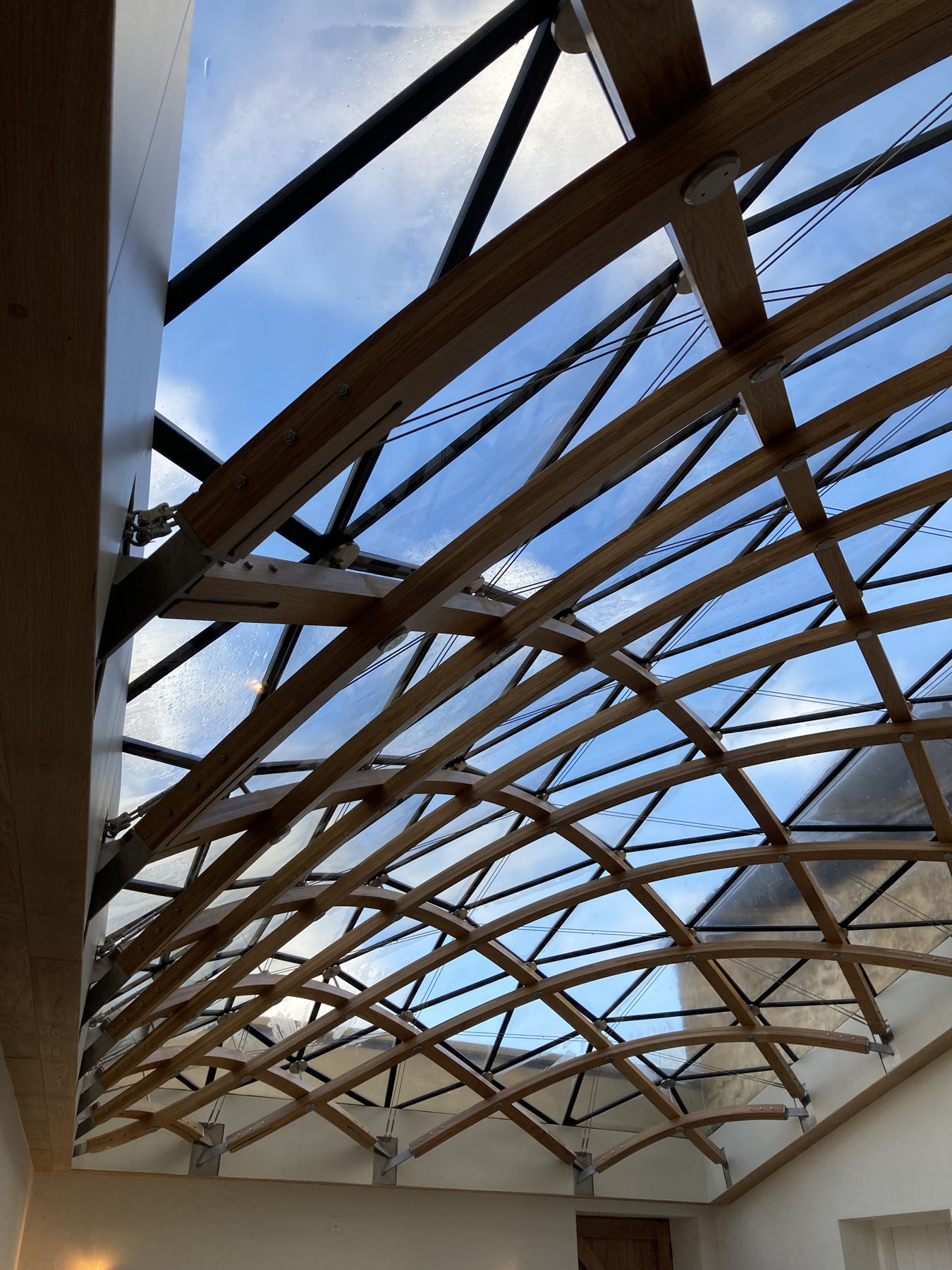 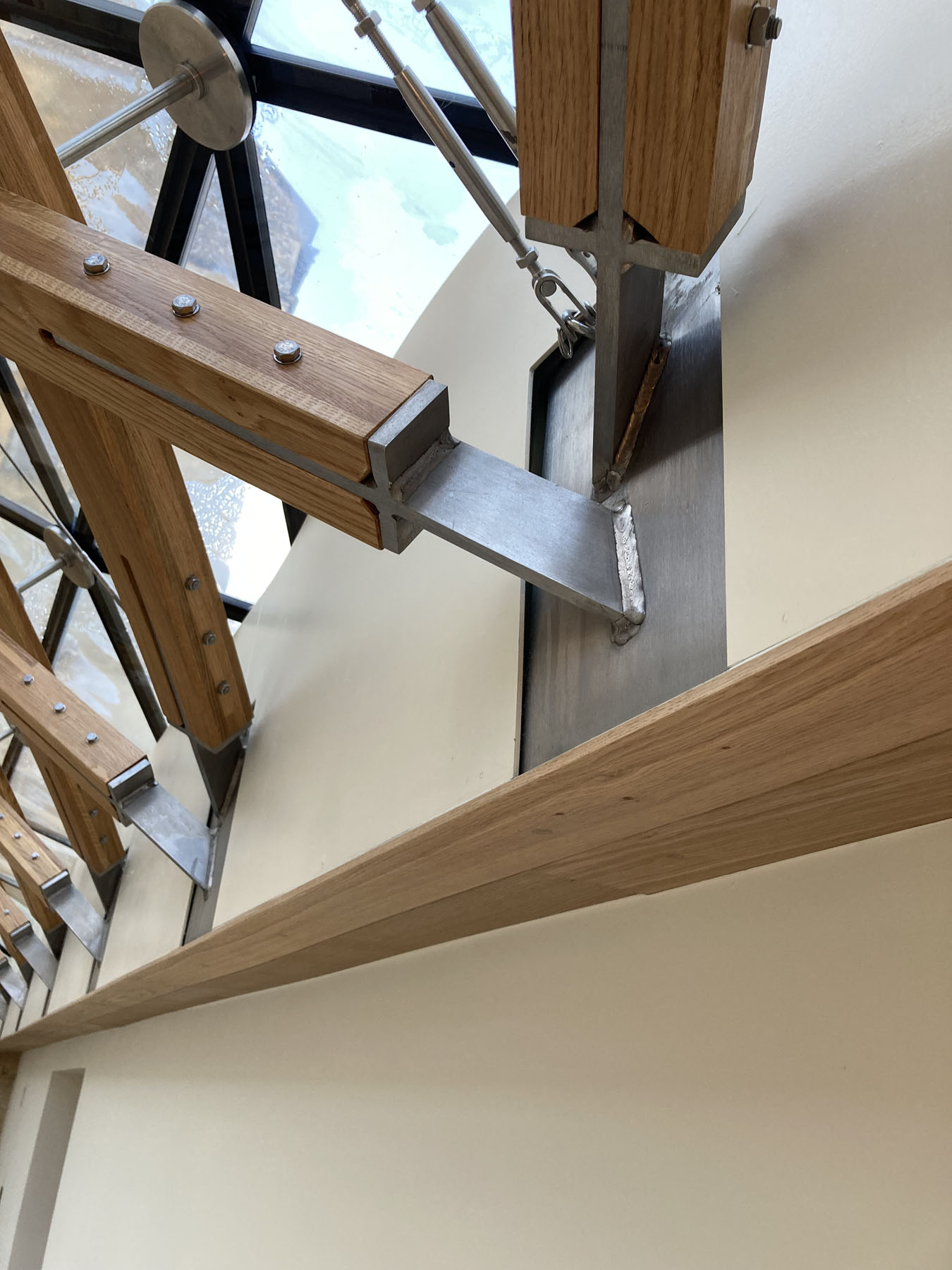 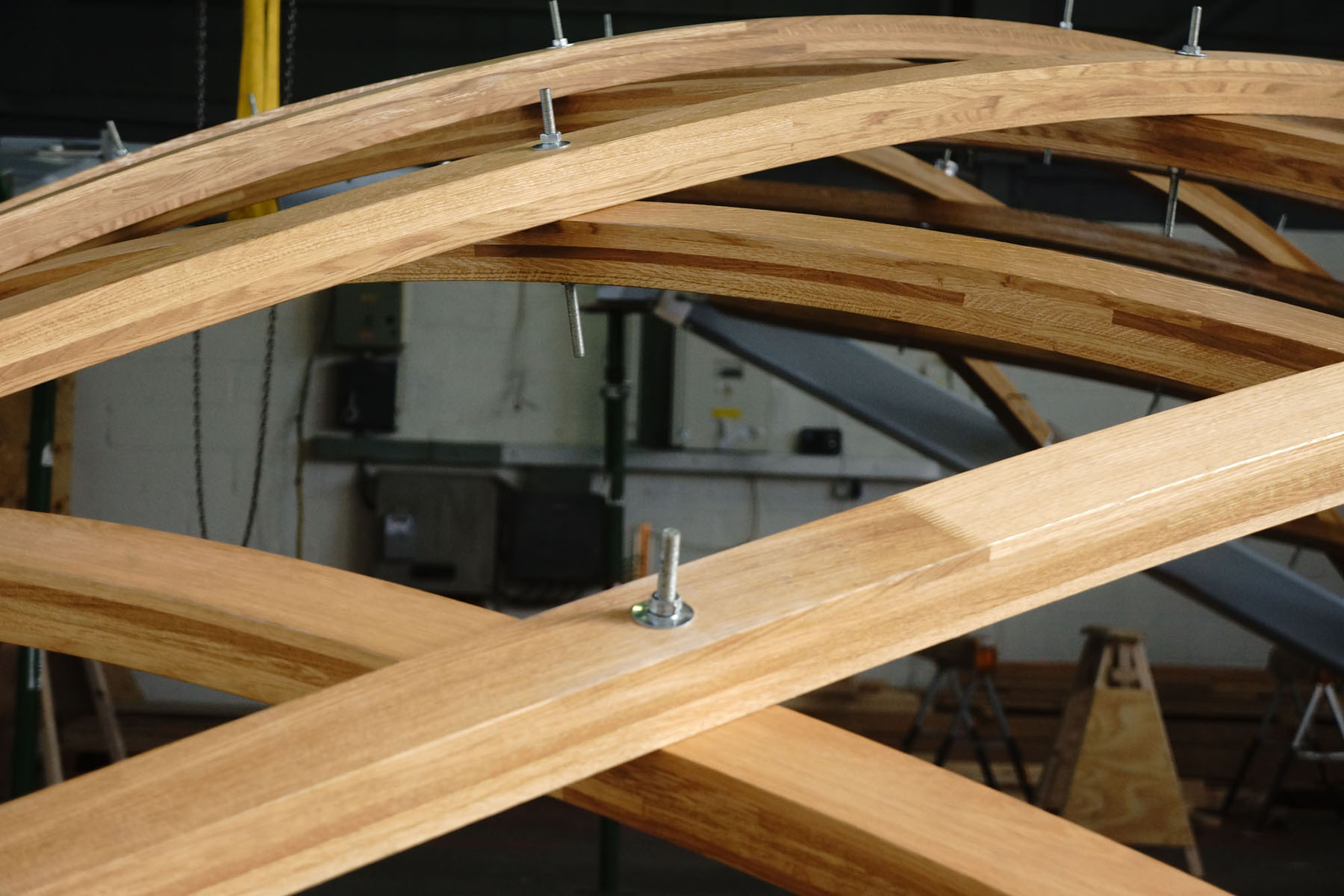 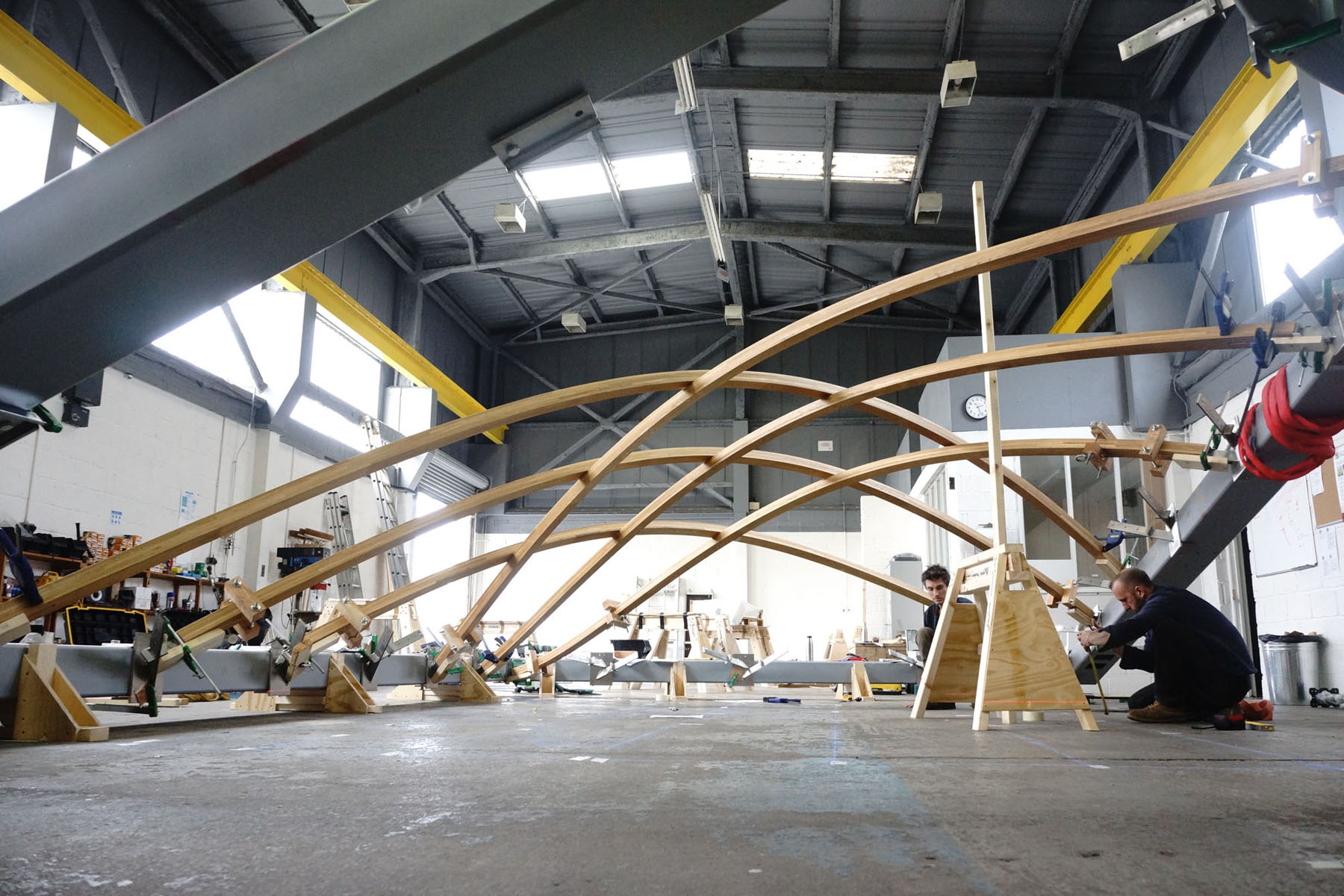 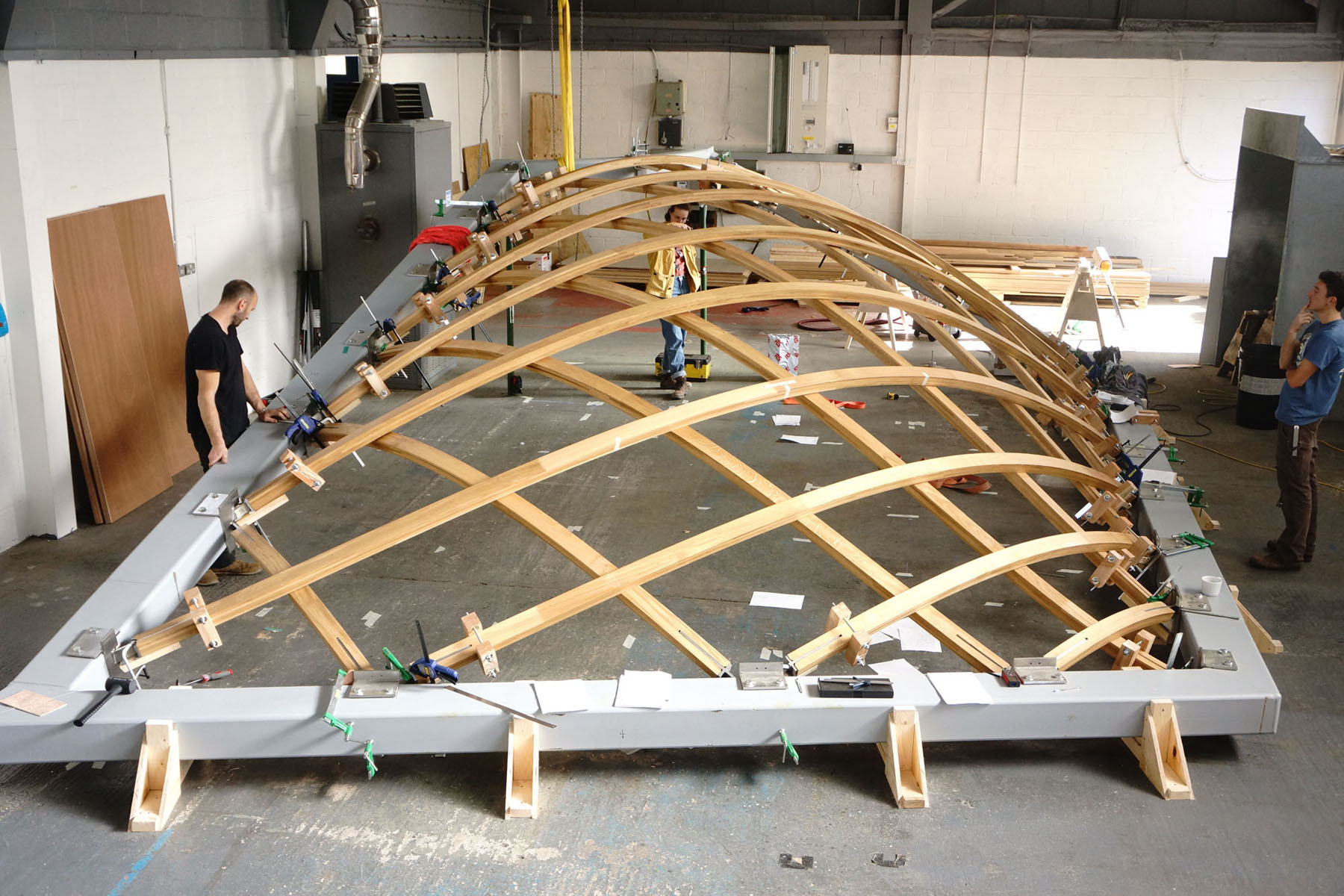 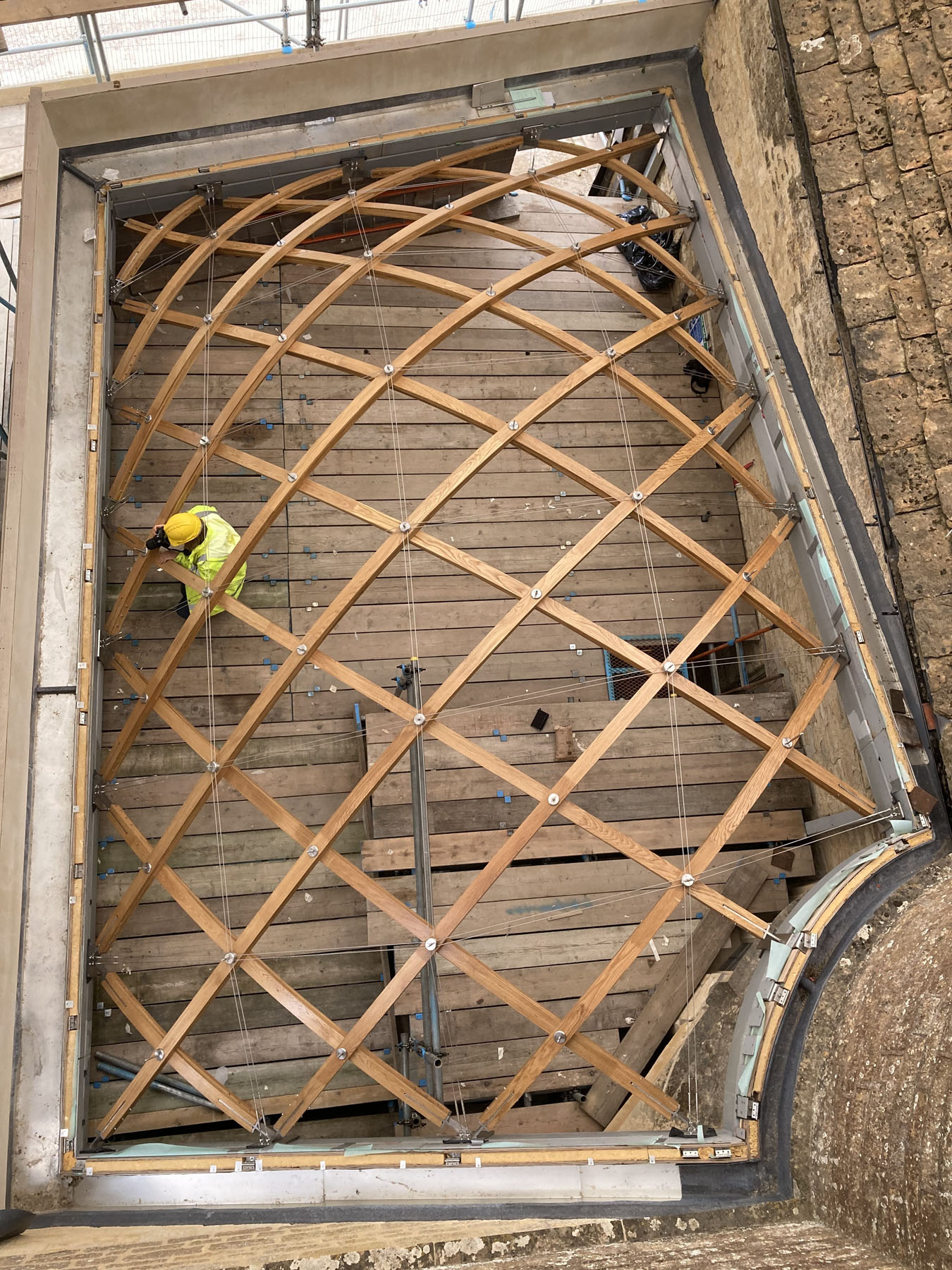